This is a guest blog written by Curtis DeVerinne

Due to recent circumstances, being unable to go outside and have a social life that I would normally have has forced my lifestyle at home to become a constant déjà vu. In order to pass time, I decided to look for some hobbies that I could focus on - this is where I was introduced to the Rubik’s Cube. The Rubik’s Cube is infamously known as a difficult puzzle requiring constant, gruelling practice to commit difficult algorithms to memory and complete combinations of fast, fine motor movements for an infinite amount of scenarios in order to solve the cube and gain respect from all those watching dumbfounded. Rubik’s Cube competitions are becoming extremely popular where competitors ‘speed solve’ cubes in pursuit of the lowest time to solve. Currently, the world record is held by Yusheng Du with a time of 3.47 seconds for a standard 3x3 cube [1]. This time poses the question - How can a human compute algorithms and operate so many manoeuvres in such a short time?  The answer to this involves two major parts of the brain: The Cerebellum and The Basal Ganglia. Together, these regions of the brain are responsible for co-ordination, motor learning and execution of motor plans once receiving a mass of sensory information.

The cerebellum (also known as the ‘little brain’) sits in the posterior fossa of the cranium separated from our large cerebrum by a distinct region of dura known as the tentorium cerebelli. The cerebellum consists of 3 lobes that are responsible for their own specific functions separated by two fissures. These lobes are the anterior, posterior and flocculonodular lobes. If we were to look at our cerebellum from a posterior view (figure 1) we would observe that these lobes cover three main areas of the cerebellum being the vermal (central area), the bilateral paravermal areas and the lateral hemispheres. By showing a homunculus of the received proprioceptive information from the body, we can see that the paravermal areas of both the anterior and posterior lobe are vital for solving a Rubik’s Cube since it is where sensory information from the hands is received.

However, in order for the cerebellum to form a motor plan and execute a movement when solving a Rubik’s Cube, the lateral hemispheres - which are occupied by the posterior lobe - are also important to receive ‘thoughts’ from the pre-cortical areas on the initial motor plan; therefore its function involves connecting the cerebellum to our cerebrum. The flocculonodular lobe plays an integral role for balance and equilibrium however, this would only be vital if we were solving a Rubik’s Cube on a tight rope.

Once we have taken all the information into the cerebellum and harnessed it for perfecting the motor plan in co-ordination with our basal ganglia, we must send it back up to our cerebral cortex in order to execute this movement. Without the cerebellum, our movements would be un-coordinated and poorly executed resulting in an inability to carry out basic movement patterns we make every day as simple as eating food.

In the lateral hemispheres of the cerebellum a collection of cells are present called a nucleus – specifically the dentate nucleus. There are multiple nuclei in the entire cerebellum and the dentate nucleus can be used to gather all the vestibular, proprioceptive and cortical information in order to form the motor plan. To send the finished motor plan back to our cortices, it sends the plan via the dento-thalamic pathway or dento-rubro-thalamic pathway via a structure of the brain known as the peduncles. Although these names seem intimidating, essentially what this means is that the signal is travelling from the dentate nucleus to the thalamus in our brain which then can send this information to our cortical areas resulting in the ability to finally execute the movement.

The multitude of different pathways that can be taken to operate movements in the cerebellum alone exemplifies the complexity of the brain and its incredible ability to perform movements so efficiently. To maximise our ability to quickly react to the response of a voluntary action, our cerebellum makes predictions on the result of an action by using efference copies of plans to cut down time when executing the following movement. Evidently, this proves very useful when competing in a speed cubing competition.

[2] The graph above taken from an experiment conducted on timing for the execution of a motor movement using the upper extremities by pressing a button shows that the cerebellum is prepared and predicts a movement relative to the state at which another effector is in (or even a Rubik’s Cube) which allows the movement, once initiated, to be much more co-ordinated by the cerebellum. Furthermore, M.Molinari – a current senior lecturer in Physical Chemistry – has explained that, with respect to sensorimotor synchronization, the cerebellum provides an importance when events are organized in a fixed sequence and the ability to predict parts that follow [3], therefore it can be proposed that this significant role is used when solving a combination puzzle.

The basal ganglia is crucial for executing desired motor plans and supresses all competing movements that the body may make in order to reach a specific goal – in this case solving the Rubik’s Cube. What is important about the basal ganglia is that it acts on the principle of the ‘Law of Effect’ created by Edward Thorndike – if an action produces a desirable effect in a moment then it will be likely to occur again and other movements with poorer outcomes shall be more unlikely to be executed. [4]

The figure above shows a coronal section of the brain presenting the basal ganglia structure. The basal ganglia contains multiple structures which together control the direct and indirect pathway for exciting and inhibiting movements.

The direct pathway is responsible for the excitation to execute a motor plan. For example, when starting to solve a cube, one may notice a certain piece that must be solved thus initiating a specific manoeuvre from the cortical areas of the brain. The pathway begins from the cortex which provides an excitatory input to the striatum. Since the striatum consists of mostly inhibitory neurons, it causes the inhibition of two areas known as the Globus Pallidus Internus and the Substancia Nigra Pars Reticulata. Since these areas are inhibited, their ability to inhibit the thalamus decreases, therefore the thalamic output is more excitatory to cortical areas of the brains thus directing the motor plan to occur.

The indirect pathway is a longer pathway that is required in order to suppress a movement that may be occurring such as to stop turning the cube in one direction and start turning another part of the cube. This begins again from the cortices which stimulate the striatum generating the disinhibition of an area named the sub-thalamic nucleus by inhibiting the Globus Pallidus Externus. As a result of this, there is stimulation of the Globus Pallidus Internus causing reduced excitation of the thalamus, consequently reducing excitation of the motor cortex and less movement.

Dopamine is associated with happiness for most people; however, it also provides purpose to stimulate movement. Dopamine can be found in a region of the Substancia Nigra known as the Pars Compacta with an important function of binding to receptors in the striatum used to stimulate the excitatory pathways of motor plans and support inhibition of a movement via the indirect pathway. These dopaminergic connections are able to provide the feeling of happiness once an action is operated which I can very much relate to when I first solved the cube.  However, in instances where these dopaminergic neurons begin to die, the person affected develops Parkinson’s disease. As a result, these pathways become slowed and less responsive which would make movement patterns a lot more difficult, especially fine motor sequential movements with a Rubik’s Cube. An interesting study that I have read between the Imperial College, Cambridge, S. Raffaele Institute and University of Milano Bicocca explained that those with Parkinson’s disease may undergo adaptive processes to reduce the effects of bradykinesia when mild, possibly by forming new synapses and axons or the diffusion of dopamine to receptor sites [5] which truly shows the outstanding ability of our body to adapt to physiological damage.

In summary, the co-operation of the basal ganglia and cerebellum together are not only necessary to execute the fine finger manoeuvres committed to memory  in solving a Rubik’s Cube, but most movements we make on a daily basis. The circuitries of these complex structures are designed to allow movements to be as efficient and effective as possible to reach the body’s specific goal. Other concepts such as chunking movement patterns into one motor plan to execute a movement in a fluid manner allow the process of something as trivial as solving a Rubik’s Cube to be coherently accomplished. Combing my past-time enjoyment and an academic passion has proved to be an insightful method of understanding biological concepts in practice which you can also do as a strategy for learning. Regardless of your opinion about solving a Rubik’s Cube as a hobby, I hope that you are able to appreciate the difficulty taken to execute seemingly simple operations we demand from our brain. 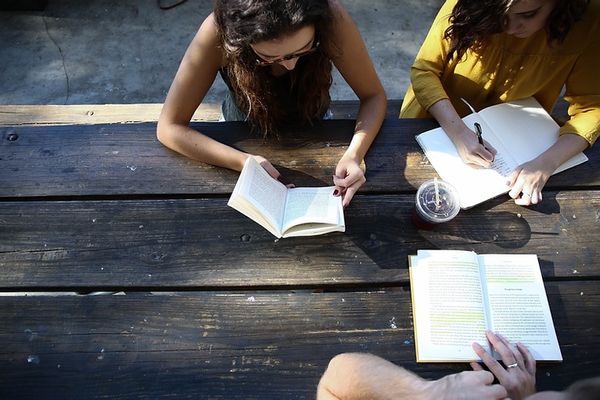 The UCAT is an aptitude test used by every dental school (and most medical schools) in the UK as part of the application process. It consists of five sections: verbal 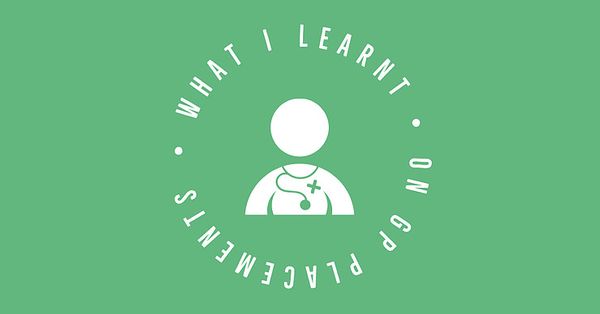 When I was first applying to medical school and preparing for the all-dreaded interviews, there was one question that I kept circling back on to. “What do you know about