The paramount reason for the development of this scheme was its potential health benefitswith particular focus on the obese and type 2 diabetic populations, as well as stabilising the growing number of tooth decay cases in children. Considering price is a major factor in purchase choices, the aim of the sugar tax was for it to act as somewhat of a deterrent, thus encouraging people to opt for healthier drink alternatives, eventually leading to a decrease in sugar consumption.

The primary stimulant of the Sugar Tax scheme was the obesity epidemic of the UK. According to the NHS digital health survey for England (2010), 26.1% of the adults aged 16 and over fell under the ‘obese’ category whilst in 2018, the proportion of the same population that were considered obese was 27.7%. This significant increase in under 10 years was the paramount reason to tax drinks with a high sugar content. Obesity is an umbrella term that is a risk factor for many other issues- including coronary heart disease. Also, obesity is the second biggest preventable cause of cancer in the UK- more than 1 in 20 cancer cases are caused by excess weight. Furthermore, it is estimated that the NHS spent £6.1 billion on overweight and obesity-related problems from 2014 to 2015. Failing to combat the challenge posed by this epidemic will place an even greater burden on the NHS.

To put it all into perspective: There are nine teaspoons of sugar in a 330ml can of a standard fizzy drink, which immediately takes children above their recommended maximum sugar intake for the day. A five-year-old shouldn’t have more than 19g of sugar in a day and a typical can contains 35g.

How drinks were taxed- drinks that are more than 5% sugar faced an 18p tax per litre, while those containing more than 8% sugar were given a 24p-per-litre tax.

Eventually, after much deliberation in Parliament, t he sugar tax came into effect on April 6, 2018 and is estimated to raise approximately £520million. In November 2018 the government confirmed that the sugar tax raised close to £154million. It was predicted that the sugar tax would help reduce obesity cases in the UK by around 150000 per year. As well as reduce cases of tooth decay by 250000. However, post-establishment the sugar tax has been a contentious matter. Thus the question ‘should the sugar tax be scrapped?’ has been a common theme in parliament as well as within the NHS.

The increase in price should encourage people to look at nutritional labels on drinks in order to understand why the price has been heightened. However, a key idea to consider is that the development of this scheme has assumed that people will not consume high amounts of sugar through other sources, with sugar being somewhat of an addiction in some people removing the ability to consume it in one way can lead to an urge to find several other methods to indulge.

From a consumer perspective, I would say that the Sugar Tax was definitely a step in the right direction for the UK. Unfortunately people have been driven and influenced by advertisements, supermarket offers (e.g. buy one get one free), and by cheap high sugar drinks (and foods!), and thus have failed to take care of their own physical health, which often has knock on effects on mental health. A 2010 systematic review revealed a two-way link between depression and obesity. It was found that people who were obese had a 55% increased risk of developing depression over time. I therefore believe the scheme should NOT be scrapped but rather should be taken a step further. In order to reduce obesity rates and the increased cases of non-communicable diseases like cancer I believe the government should follow a similar pathway as when ‘the plain packaging’ campaign started to help deter people from smoking. The same concept should be used and certain approaches to advertisements for, e.g. fast food, should be reconsidered- perhaps starting with reducing the number of times a day these adverts are aired on TV as well as mainstream social media platforms like Youtube, both of which are easily accessible to young people. 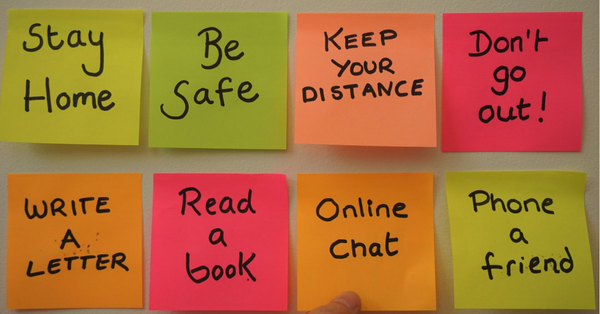 The Coronavirus is undoubtably deadly and does not discriminate. Regardless of who you are, the effects on our physical health can be catastrophic. The virus attacks the respiratory system of