The Coronavirus is undoubtably deadly and does not discriminate. Regardless of who you are, the effects on our physical health can be catastrophic. The virus attacks the respiratory system of the patient resulting severe pneumonia due to the lungs becoming inflamed, in the most serious cases, patients require ventilation to keep them alive. Whilst most are aware of the physical symptoms of Covid-19, behind closed doors it is becoming increasingly apparent that the virus has also taken its toll on our mental health and wellbeing, claiming more lives than the statistics care to show.

The day to day reality of the pandemic, especially during the period of strict lockdown, was almost like an alternate reality with virus updates appearing to infiltrate every part of our daily lives without us even realising it. The media has been saturated with propaganda and fake news, fuelling fears and decaying the mental health of a nation.

Repeated media exposure has been linked to adverse phycological effects on mental health, as we are bombarded with a seemingly endless stream of bad news. Although this process of mental health degradation appears to be happening subconsciously in the vast majority of the population, it is far too easy for us to develop obsessive habits in times of unrest and insecurity. At some points during the strict lockdown, it seemed watching the melancholy daily press conferences, death tolls and news updates had almost become a ritual of everyday life. As a species we become over-reliant on figures, cling to statistics or attach too much weight to the words churned out by news outlets in an attempt to maintain routine or because it feels safe. However, it has been shown that over exposure can have negative consequences and lead to feelings of helplessness and increased anxiety among the general population. It can also have wider social consequences, the deluge of awful news we have seen this year can sometimes lead to what is known as disaster fatigue. Normally when we hear about a traumatic or upsetting news story our body addresses this perceived threat by releasing stress hormones like cortisol or adrenaline. However, homeostasis soon takes over, and this allows the body to relax and return to its normal resting state. However, when this response is triggered excessively it causes the adrenal glands to fatigue. This has several effects on your physical and mental health, causing increased tiredness, depression, and chronic anxiety which can have physical effects such as muscle tension, headaches, and stomach pain. Disaster fatigue occurs as a result of prolonged exposure to news coverage of disastrous world events such as the Australian bush fires, the murder of George Floyd, or Covid-19. This significantly impacts our health because as it makes us less sensitive to coverage and news about the ongoing crisis which will have a considerable societal and economic impacts.

While the full effects of disaster fatigue linked to Covid-19 have not been studied it will be interesting to analyse in the years following the pandemic whether a numbness to trauma was developed and if this triggered any significant repercussions. For example, a loss in motivation to contribute and to address the issues, resulting in a reduction in charitable donations or volunteer’s time. Or perhaps a diminished sense of urgency would have subsequently increased confidence to flaunt lockdown rules too soon, risking catalysing a second wave in infection as caution is thrown into the wind.

The economic uncertainty has been another source for concern, as lockdown is eased, we as a worldwide community are heading towards a deep depression; the worst since the 1930s. As a result of a partial financial shut down, the economy in Britain is expected to slump by at least 11.5%. While this will likely impact all of us in some way, those in the lowest-paid jobs or the 8.9 million workers in the UK that are currently furloughed will be hit hardest. However, the financial figures only give a two-dimensional view of what is a complex and delicate topic, as what is so often forgotten is that behind each number is a person. A job can massively enhance a person’s mental health as it provides a sense of security and routine. Without this, workers are vulnerable. Not only economically, which in itself results in acute anxiety and stress, but it can often have a deeper and more profound impact on long term mental health. Loss of a job can impact self-esteem and feelings of self-worth; many have reported losing a sense of value and purpose, which ultimately damages confidence, leading to negative thoughts about ability and competence. Furthermore, having too much time to contemplate and think about the current situation can be overwhelming and act as a trigger for new mental health problems to emerge.

Whilst the reported effects of lockdown are overwhelmingly negative, there has appeared to be a few hidden benefits. Dubbed the lockdown paradox by the press, some patients have reported an improvement in their anxiety levels during lockdown. It seems that some of those fortunate to have a stable income, home and family life have benefited from the effects of this new normal. Suffering with a condition like anxiety is often compared to   feeling like being underwater, struggling for breath; or in a busy city with lots going on and not knowing what to do. Yet this hiatus has, in some cases, led to a feeling of profound relief and calm as many of the routine pressures of day to day life have been alleviated. A study from University College London found that 74,000 people, both with and without existing mental health disorders, reported that their wellbeing has been boosted, and anxiety levels had fallen, overall improving quality of life. This could be accredited to a number of factors including more time for self-care, spending quality time with family, and a reduction in pressure to perform and keep up a productive and presentable persona. Although, another way of looking at it is that a serious global event has led to self-reflection and has put any anxious ruminations into perspective allowing us to assess what is really important in our lives.

However, it is important to take this news with a pinch of salt, it is not as simple as waving goodbye to all your pre-lockdown worries and happily filling your days with baking banana bread and Netflix on the sofa. As we all stand on our doorsteps clapping for carers there appears to be boosted comradery and an overwhelming idea that we are all in this together when the reality is, we are not. This to some extent alludes to a modern-day version of the wartime “myth of the blitz”. As the academic Cynthia Enloe aptly put it; “We’re in the same rough seas, but we’re in very different boats. And some of those boats are very leaky. And some of those boats were never given oars. And some of those boats have high-powered motors on them”. There must be greater recognition of the inequalities within our communities which have been enhanced and highlighted in times of uncertainty and loss and the needs of society beyond physical and financial. With two-thirds of the British population saying their mental health has worsened during this period it is clear to see that this virus has triggered a mental health emergency with more help and support required than ever before. What’s more, this could have a serious long-term effect lasting well beyond the end of lockdown.

The main UK mental health charities have all reported unprecedented demand for services during this time. Grief, anxiety, isolation, and loss of control all contributed to a surge in demand which peaked in late April, with people of all ages and backgrounds asking for support. The charity Mind has found during this period over a quarter of people have not been able to access mental health services, have had difficulty getting through to their GP or Community Mental Health Team and have struggled to access digital alternatives. This has prompted organisations to urge the government to take immediate action to increase support or risk this issue spiralling out of control and resulting in a pandemic of a new kind. Furthermore, people have been reluctant to seek help. Many were concerned their problems were not serious enough given the wider crisis (illustrating the detrimental effect perception can have.) Others worried whether it was safe to attend a face to face consultation. 20% of those who have sought help and support have turned to charities, many of whom have experienced monumental demand for their service. For example; Mind UK reported that over a million people have accessed their online information page on Coronavirus and mental health. With a decline in routine appointments paired with a 43% increase in emergency appointments, psychiatrists have warned of a “Tsunami” of mental illness as a result of all the problems being stored up during lockdown.

So, what can be done to avert this new crisis? Charities need support, as fundraising events have been cancelled and many who are reliant on donations to fund their services are struggling. On the 29th May, the Department of Health and Social Care announced they would be giving £5 million to community projects to expand mental health support. This follows a £4.2 million investment for mental health charities including Samaritans, YoungMinds and Bipolar UK during Mental Health Awareness Week, allowing them to continue to support people experiencing mental health challenges during this unprecedented time. But on a personal level how can we look after ourselves? The mental health charity Mind UK advises getting plenty of exercises and fresh air as this can improve your mood, reduce feelings of stress or anger, and make you feel more relaxed. Also eating a balanced diet can increase energy levels, improve mood and help you to think more clearly and rationally, reducing the risk of developing mental health challenges. Most importantly of all, staying connected to one another is crucial to maintain mental wellbeing. Even now as we seem to be past the peak we must keep talking and checking in with our friends, as it is evident this virus has left shock waves that will be felt for years to come. 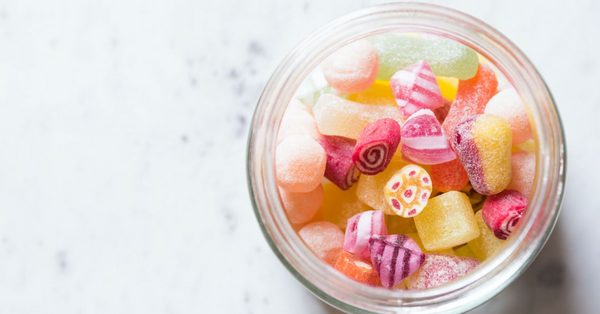 The paramount reason for the development of this scheme was its potential health benefitswith particular focus on the obese and type 2 diabetic populations, as well as stabilising the growing