This is a guest blog post by Tiana Hepworth

The sugar tax came into force in 2018 as a means to begin to combat childhood obesity. Sugary beverages stand as a popular choice among children and teenagers, however evidence is beginning to emphasise the link between sugary drink consumption and the ever rising childhood obesity levels. According to The National Diet and Nutrition Survey, sugary drinks account for 30% of the daily sugary intake of 4-10 year olds. Its introduction was therefore hailed by many as a major step forward in combatting childhood obesity, with 50% of manufacturers reformulating their recipes to lower their sugar content. With the success from its introduction, I would argue that the sugar tax shouldn’t be scrapped.

But why exactly are sugary drinks the primary target?

Unlike consuming other sweet treats, sugary drinks can contain enough sugar in one serving to take someone over their daily recommended allowance in one hit alone. According to the NHS, adults are permitted no more than 30g of sugar per day (7 sugar cubes). Children are permitted even less, with those aged 7-10 allowed 24g (6 sugar cubes) and 19g (5 sugar cubes) for those aged 4-6. Since one can of cola has as much as 9 cubes of sugar, it is easy for people to be launched over their daily recommended intake in seconds, particularly children.

Sugar has been heavily demonised in modern society, and this is not without good reason. Labelled as ‘empty calories’, the calories from sugary drinks provide little satiation, resulting in an increase in overall daily calorie consumption from other sources. Studies are also uncovering that children are becoming less active. Researchers from University College London found that 51% of 6500 children monitored achieved the daily recommended hour of exercise. This formula ultimately equates to weight gain and obesity translating to a myriad of serious problems such as:

•  Asthma and other respiratory problems

The high sugar content of sugary drinks puts children at greater risk of fatty liver disease. Research from Southampton Biomedical Research Centre revealed that children with fatty liver disease consuming greater amounts of sugar were more likely to have serious and advanced forms of the disease. This is because excess fructose is broken down into uric acid which, when in excess, contributes to gout and kidney disease.

Not only does childhood obesity impact a child’s life both physically and mentally, but it could also spell disaster in adulthood. 80% of obese teenagers carry the chronic disease into adulthood, where they face the increased risk of premature death and disability. With a third of children leaving primary school obese or overweight, it is safe to say that this avoidable issue requires attention.

Many scientific studies are also revealing the negative impacts that excess sugar has on brain development. Sugar has been shown to reduce concentration levels in children due to the increase in cortisol production. More unnerving is the fact that overconsumption of sugar can cause inflammation of the hippocampus, negatively affecting memory development in young children. This can have many knock on effects including reduced performance in school which  can lower self esteem and heighten stress levels when they face pressures of school life.

Implementing the sugar tax encourages manufacturers to lower the sugar content of drinks - a major step forwards towards cutting childhood obesity. The new tax requires companies to pay as follows:

This has meant that companies have been forced to either reduce sugar content to avoid the tax or reduce the size of their drinks with increased prices.

In my opinion, whilst the sugar tax is something that should be here to stay, some argue there is a case for it to be scrapped. It is arguably poorly targeted, since only approximately 17% of overall sugar consumption comes from sugary drinks. Many soft drinks companies therefore argue that they are being unfairly labelled as the culprits of childhood obesity under the new tax, when in fact they are only one part of the overall equation. This means that for the sugar tax to see major success, foods with a high sugar content should also be placed under the spotlight. In addition, it is possible that those from poorer backgrounds are impacted the worst. Soft drinks are often cheap and easily accessible to those with a lower income. Companies will inevitably counter the levy through increased prices. With the poorest 10% of households already paying 20% of their incomes on VAT, this only adds to their burden.

Countering these arguments however are the benefits reaped from the new levy. HMRC revealed that the government raised £153.8 million in tax, helping to fund physical education sports facilities in primary schools and healthy breakfast clubs in over 1,700 schools. This not only encourages exercise among young children, but it also helps children from disadvantaged areas to have access to a healthy breakfast. The tax not only acts as an eye opener for people across the country to realise just how much sugar they consume, but also helps to highlight to children the importance of exercise and a healthier diet.

The implementation of the sugar levy was a major step forward in combatting the issue of childhood obesity and decreasing sugar content in drinks. Whilst this rings true, I believe this tax could be just the beginning to promoting a healthier lifestyle for children. Through targeting other unhealthy foods such as fast foods and other foods high in saturated fats, companies will be more inclined to produce healthy and nutritious foods. These measures could act as the key combatting this chronic illness which threatens the lives of ever increasing numbers of children in our developed world. 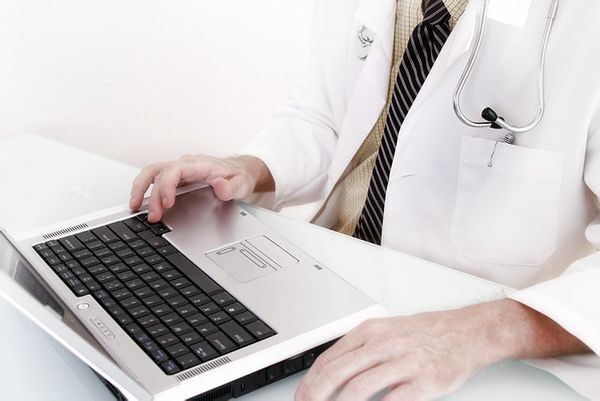 This is a guest blog by a medical applicant: Matthew Pirie In the 21st century of today, our daily lives are drastically different to that of our predecessors. We shop

This is a guest blog written by Michael McIntee, a medical applicant There’s no secret that our NHS is struggling. The health service is stretched thin, and we’re