Hi, my name is  Lizzie and I am a first-year medical student studying at Lincoln Medical School.

I submitted my Medicine application last year and only received one interview invitation, from the University of Nottingham. I felt my interview went ok; some stations of the MMI I thought I had done well on and others not so much.  An agonising three months later, I found out that I had been rejected, and so would be going on a gap year before applying again.

When lockdown happened, I was worried about my reapplication because obviously no care homes or hospitals were able to let people in for work experience. I was looking at The Medic Portal for some ideas and saw that they recommended following We Are Medics on Instagram.

In the following few months, I completed as many activities as I could to enhance my new application such as the June Applicant Challenge, BSMS Virtual Work Experience and entering an essay competition, all recommended by We Are Medics.

As soon as UCAT booking was open, I chose my test date and centre and started revising for the dreaded exam again. Because I knew what to expect this time, it was a lot less stressful and my score was even better than my previous one (despite my computer crashing in the AR section!)

After I took my exam, I had a few days rest and went straight into preparing for Clearing interviews, just on the off chance I got one, as I knew the interviews took place immediately after results day. I made sure that I registered my interest with every medicine course I could find, not expecting anything to happen but doing it just in case. On results day, I checked my grades and went straight to the online forms I had saved the day before and phoned up the universities that did not have that functionality on their website.

I applied through Clearing to Aston, St George’s, and Nottingham’s Lincoln pathway. I had technical issues filling out Aston’s form and so ended up submitting it after the deadline and didn’t receive an interview (I didn’t apply to Aston until later that day when I saw that they were in Clearing via We Are Medic’s story). St George’s was accidentally in Clearing so that only left Lincoln Medical School.

I received an email asking me to book a timeslot for a virtual interview, but the form wasn’t working. However, after several phone calls (and a lot of stressing!), the issue was resolved and my interview was booked for the Saturday, meaning I had 2 days to prepare.

I made sure I had personal examples for all the typical teamwork, strengths and weaknesses, work experience etc. I also went over the scenarios I had in my Nottingham MMI to see how I could improve on them (one of the scenarios ended up being in my LMS interview!). I also practiced how to use Teams as that was the format of my interview.

The interview was split into stations, with the interviewers turning off their mics and cameras in between so they could score the sections (my camera had to be on throughout). The interview was shorter than my in-person MMI at only 30 minutes. I felt like I did well in all the stations apart from one of them where I wasn’t so sure of my answers. Several days later I received an email saying I was on the waiting list for LMS and I started getting excited about the prospect of getting into medical school this year. The waiting went on and on until I got another email saying that I was rejected.

Being rejected a second time, after I thought I was much more prepared and relaxed for the interview was devasting. All my friends were going off to university and I would have to stay at home, watching their stories of them having fun! After a couple of days though I was planning my gap year, applying for HCA roles, and started volunteering again for a local charity shop. I got a job working in retail and made sure to keep a reflective diary on my experiences. On one of my days off, I wrote the first draft of my personal statement (using the really useful We Are Medics Personal Statement Guide) and felt it was a lot stronger than my previous one. That night I missed a call and received a voicemail from LMS telling me to keep my phone on! At around 9:30pm, the unknown number called me again and I made sure to pick it up. It was an offer to study medicine at LMS!! They wanted me to move in on the Sunday (bearing in mind this phone call was on Wednesday night). It was a very last-minute rush to buy things for university and get accommodation sorted out, but I was going to medical school!

Obviously with Covid-19, a lot of the usual freshers’ events had to be cancelled. However, there were still socially distanced Movie nights and quizzes that were put on by the Student’s union. Here at the University of Lincoln, the medical students arrived on campus 3 weeks before the rest of the cohort, so it was very quiet at the start!

Our introductory lectures were all in-person, with three seats in between each person left free and the rows behind and in front of you being out of bounds. Our year group was split into A and B, so we were never in the lecture theatre all at the same time. Because of this, I still have only met a small proportion of our year group, which is a downside of being at university during this pandemic.

Since then, only a handful of sessions have been face to face so its safe to say we have all been sitting in front of a computer for a large proportion of the days! We had an introduction to Clinical skills, where we learnt how to correctly wash our hands (very topical!), using UV light on our hands to show us how effective our technique was. My favourite part so far was the role play where we had to conduct a consultation with a simulated patient, as if we were medical students helping at a GP practice. The person in charge of the session was an actual GP, so it was very valuable to hear her feedback on our performances.

The lectures are either Live and you can ask questions directly to the lecturer at the time, or pre-recorded, giving you the time to rewind to your hearts content! We have had 2 assignments already, and in two weeks’ time we have our first formative exam (the marks do not go towards your degree, but it is a useful indicator on how effective your learning style is). We were definitely thrown in at the deep end with 14 and a half hours of lectures in the first week of teaching but I think that it was a great wake up call that this degree is going to take a lot of hard work and determination.

Taking part regularly in the Journal Clubs set up by We Are Medics really helped me to get used to reading academic papers and the way they are written. Already this semester we have been asked to answer questions about journal articles and use them to write our own assignments, and the lecturers briefly mentioned the CASP tool, which we will be using in the future.

I hope you have enjoyed reading this blog about my slightly unconventional journey into Medical School this year! 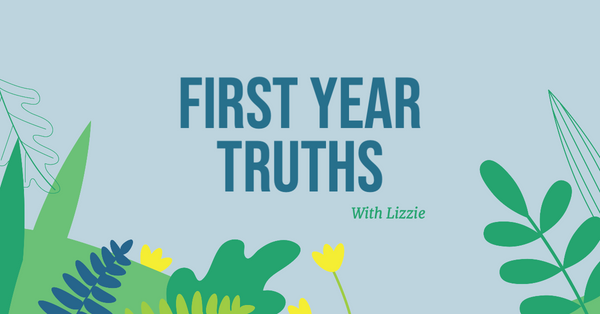 Hi, I’m Lizzie, a first-year medical student studying at the University of Lincoln. If you want to learn more about how I got into medical school, be sure to